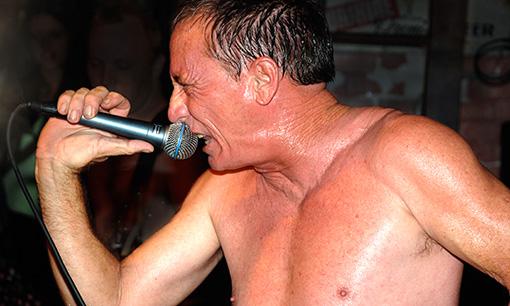 Chris Barrows is a vocalist, world renowned for fronting Pink Lincolns, a punk rock band formed in Tampa, Florida in 1986 by Barrows and guitarist Dorsey Martin. The rest of the lineup has frequently changed and currently includes bassist Kevin Coss and drummer Jeff Fox. The band has released five studio albums, one live album and six EP’s as well as splits with Screeching Weasel and The Queers. The cover for the bands album Suck and Bloat was drawn by Iggy Pop, and their album Pure Swank was produced by Bill Stevenson of The Descendents. Notable songs include “Velvet Elvis”, a story about a squabble over a velvet painting of Elvis Presley, and my personal favorite anthem, “I’ve Got My Tie On” from their debut album Back from the Pink Room.