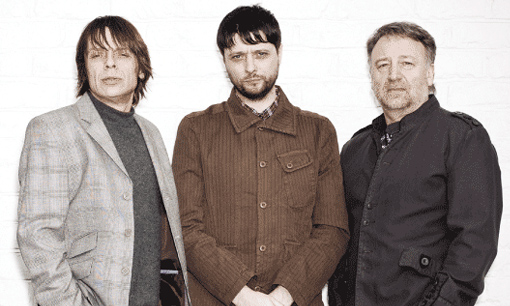 Freebass, originally born out of a conversation between Mancunian bass legends Mani, Hooky and Rourkie some five years ago has been through a long gestation process, with Hooky originally auditioning vocalists like an “indie Simon Cowell.” Finding the right lead singer originally proved arduous so Mani suggested that the band approached their famous friends to contribute vocals with Howard Marks, Tim Burgess and Pete Wylie all responding to the call.

Two Worlds Collide, Freebass’ debut EP is available as a digipack CD and digitally via iTunes, Amazon, emusic, Rhapsody, Napster, and all other outlets.

It’s A Beautiful Life, Freebass’ full length album – with the group’s now resident lead singer Gary Briggs (vocalist for Haven & The Strays), has been released as a deluxe 2 CD set. The American version of the CD features an Exclusive Bonus Disc compiling three EPs that were previously available only digitally and include remixes from legendary producer Arthur Baker, The Beatles HATE producer Fritz von Runte & an instrumental version of the band’s debut EP, Two Worlds Collide.

The Arthur Baker remixed five track Maxi Single of “You Don’t Know This About Me (feat. Tim Burgess of The Charlatans UK) is available digitally and on the aforementioned 2 CD version of It’s A Beautiful Life. The song was featured as the promotional music for the new CNN interview show “Piers Morgan Tonight”,which replaced Larry King Live on the international news network.

“I think Freebass is a great band for bass players, a great concept no-one else has done, and there are three really strong characters there that’ve all played in extremely brilliant bands.” – Tim Burgess of Charlatans UK

“People should realise we’re not trying to emulate New Order, The Roses, Primal Scream, or The Smiths, we’re just into it for what we do and to have a good time with it.” – Mani Mounfield of The Stone Roses / Primal Scream