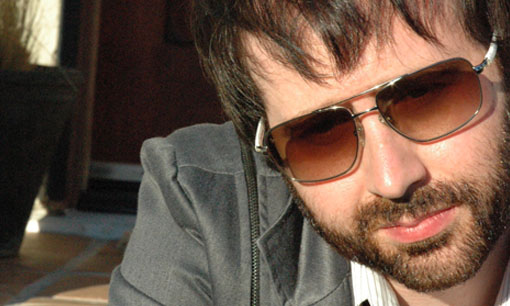 Pocket (aka Richard Jankovich) was the principal creative mind and front man for NYC electro pop band, Burnside Project. Their single “Cue The Pulse To Begin” became the theme song for Showtime’s Queer As Folk and went Top 40 in Japan. Since 2006, Jankovich has been making a new name for himself in the remix community as Pocket, quickly becoming one of today’s most celebrated producers. POCKET has remixed Beck,Radiohead, Kristin Hersh, Of Montreal, Elk City, Joanna Newsom, Cat Power, Dirty on Purpose, Antony & The Johnsonsand many many more.

Pocket’s most ambitious project yet is a year’s worth of singles featuring a stunning lineup of both legendary musicians and breaking artists; a vast array of partners pairing vocal and remixing talents with POCKET’s boundless creativity.

Pocket’s cover of New Order’s “Sub-Culture”, featuring Tracy Shedd (Teenbeat Records) & Shaun Robinson of Oppenheimer (Bar None Records),  will be on the Ceremony – A New Order Tribute album, and can be heard on the website’s player.