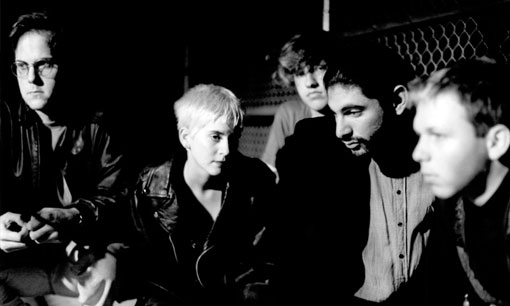 “The new record is more honest and more focused than the first.  We tried several different approaches in the studio, yet everything seemed to go faster this time. It’s just fun to be a little experimental in the studio.  Most of the time when you complete something like this you look back and regret certain aspects of what you’ve done.  I think we all feel stronger about this project and the whole concept behind it than we expected.”

“We’ve discussed our ideas very conceptually.  The little music we’ve actually written seems to be naturally embracing these new ideas.  Our general theory as far as music direction is to embrace technology, but not loose the real essence which is the music.”

“It feels like taking part in the creation of an aural Rorschach test.  Sometimes like a china set falling down a staircase and other times like a choir of angels speaking in tongues.”

“Basically, the more rosewater developed as a live band, the more we turned away from the soft feel of our early material.  Not that we actually played harder or faster, but we definitely found a way to show aggression.”