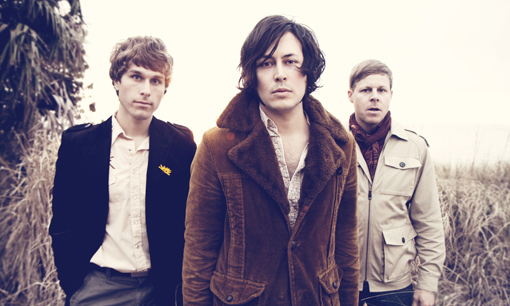 There is a sense of urgency in the record “Whispering Sin”. A convincing feeling that you get after the first listen that makes one believe that singer Shawn Kyle Beauville lives and dies with every note of the band’s music. That abandonment spills over from the very first track of this first full length record from American indie touring group the Beauvilles, an album of 12 songs that suggests the terms ‘indie’ and ‘epic’ are not mutually exclusive.

The songs speak in verse and free association about travel and tragedy, mad love and violent excess, lust and late nights in between the sheets. Echoes of dead 70’s icons as well as being completely unreserved, alive and unapologetic is what makes Whispering Sin best described as simply: ‘new Rock and Roll music’. Recorded with old road worn instruments and vintage tube equipment in makeshift studio setups between the band’s van tours of the underground club circuits and back alley stages of America, it is a rare chance to hear young men on the end of their means leaving everything on the table, and in the recording itself.