Dedicated to Tony Wilson, founder of Factory Records, who died of cancer in 2007, an released on February 20th 2010 to celebrate what would have been his 60th Birthday.

This beautifully packaged album of 32 tracks features artists representative of musical genres from Electronica to Indie Rock who have been influenced by New Order. Participants from across America and Europe include New Order/Joy Division bassist Peter Hook, Detachments, Rabbit In The Moon, John Ralston, Sunbears!, The Cloud Room, GD Luxxe, The Dark Romantics, Pocket, Light Yourself On Fire, XOXO, Kites With Lights and many more!

Includes rare archival photos of New Order by rockstar photographer Kevin Cummins plus one of the last images of Tony Wilson before he announced his illness, taken by Katja Ruge.

Even after losing Tony, his legacy continues to bring music into people’s lives. Since Ceremony will benefit talented young people, we included a version of “Ceremony” on the album performed by children to show an example of those who have the opportunity of music in their life. A portion of the proceeds from record sales will go to the Salford Foundation Trust’s Tony Wilson Award. Established in memory of the founding father of landmark independent record label Factory Records, who died of cancer in 2007, the trust will benefit children and young people who can demonstrate a special talent or ambition in the arts or creative skills.

* Two additional collections of songs will be available as Digital Albums released in support of this package: Ceremony – The Digital Album – 16 additional covers which do not appear on the CD set, and Twelve Versions of Ceremony comprised entirely of versions of New Order’s first single “Ceremony”. 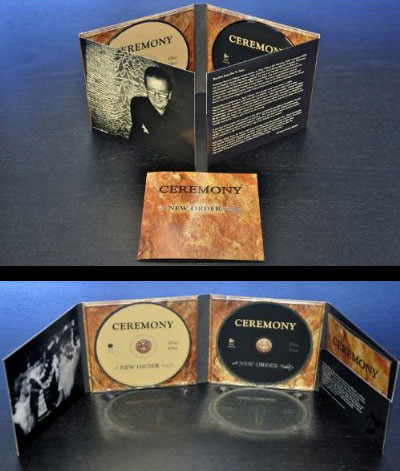 ‹ The Smiths Tribute – Hand In Glove